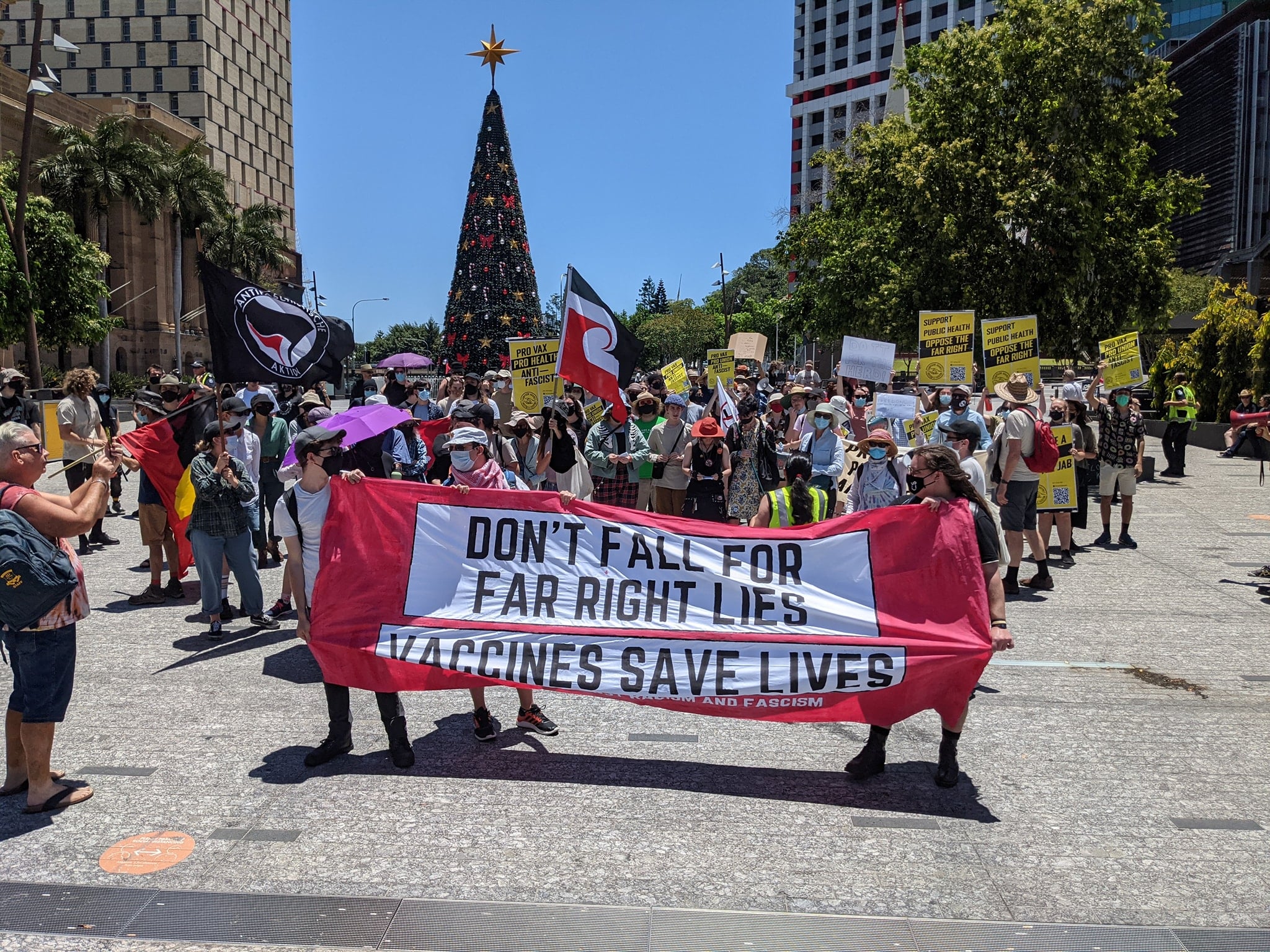 Saturday the 20th of November saw a large-scale, anti-vaccine, and anti-lockdown protest staged in Brisbane. This ‘Freedom Rally’ was part of a series of rallies – organised right around Australian, and with similar protests taking place in other parts of the world. In Europe, many of these turned violent; in Rotterdam, police officers shot at least three protesters. However, unlike the protest and riots in Europe there was no such escalation at the protests in Australian cities. While these protests remained semi-peaceful, counter-protest group Campaign against Racism & Fascism (CARF) claim that we are not far off from the violence in Europe.

CARF is an organisation of “pro-vaccine, pro-union, and anti-fascist” groups that seek to counter narratives present at anti-vaccine and anti-lockdown. They were there on Saturday, in support of health orders and measures instituted by governments, and to counter the growing influence of far-right elements.

Said influence, within anti-vaccine and anti-lockdown groups, was visible publicly – at Saturday’s protest – with fascist symbols and, rhetoric, on display. CARF wants to challenge the far-right by pointing out to those who claim to be antifascist, in walking side by side with them, are enabling such behaviour and the propagation of their views.

They also call out the hypocrisy of pseudo-environmentalist groups partaking in a protest that saw mining magnate Clive Palmer speaking as a special guest. CARF, in a debriefing after Saturday’s protest, considered Brisbane saw a larger turnout than was expected – following the violent behaviour in Melbourne at similar protest, and a number of death threats made against members of parliament.

The expectation, from CARF’s perspective, was that some people would be off put by those images, leading to fewer turning out. This was not the case, as swathes of protesters gathered chanting ‘kill the bitch’. This was presumably directed at Queensland’s Premier, Anastasia Palaszczuk. CARF noted the overall hardening of the protest movement with more bold talk of violence compared to previously. CARF, which consists of left leaning members, also considered there was a clear anti-left stance from the protesters on Saturday, which is of growing concern to the safety of counter protesters.

It is also alleged by CARF that police were dismissive of their concerns when it came to incidences involving protesters confronting the members of their counter-protest. This hasn’t changed CARF’s commitment to attending, and counter-protesting at, any such further events. CARF is hoping to gain more support for their cause from major left political parties and organisations.

If Europe’s protests are anything to go by, there is the real potential trajectory for moving past violent speech and imagery into something more physical and real.

Photo by Alex Bainbridge, for CARF. 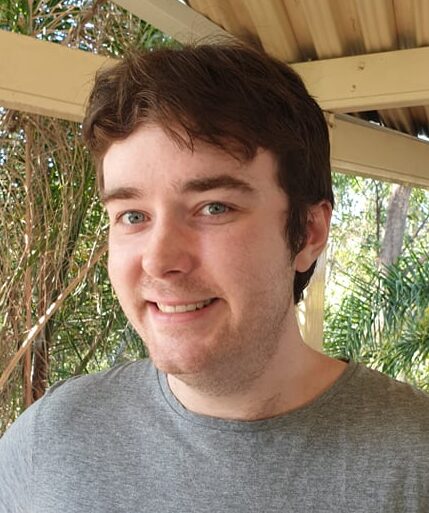 Jack studies Arts & Education, and is an editor in 2022. (he/him)
jacksta_mac@hotmail.com