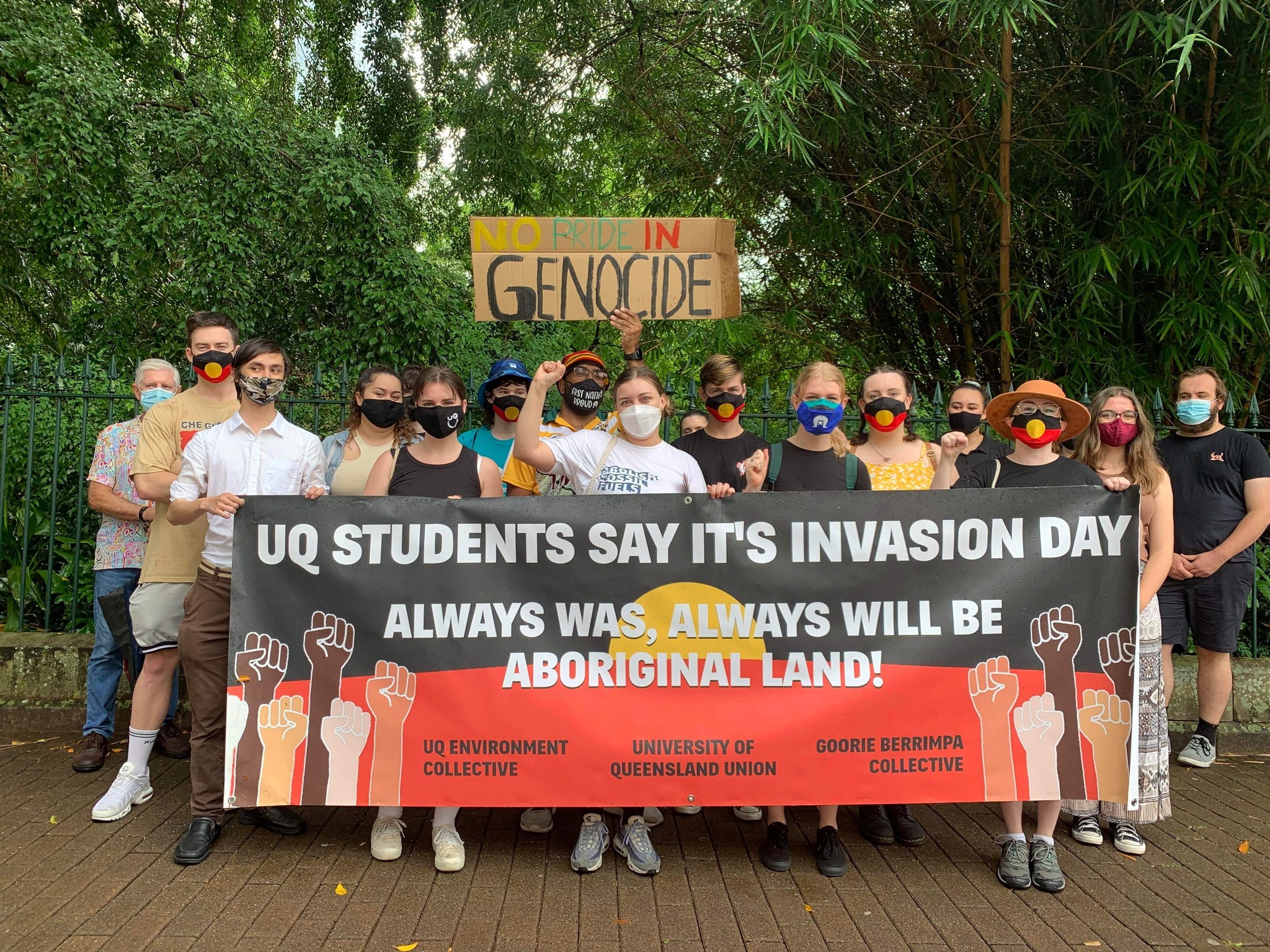 The 26th of January is the day that the land (Australia) was claimed by Arthur Phillip as a British colony. A day many celebrate as the beginning of Australia as a country. This is incorrect. Australia became a country in 1901. It celebrates and embrace the false narrative and history that Australia was settled peacefully, not invaded and hides the fact that White Australia has a Black History.

However, as a proud Aboriginal and Torres Strait Islander it marks the start of survival, a day of mourning, a day of invasion. The start of a long and brutal process of ‘colonisation’ that consisted of widespread oppression from the colonising forces. It is about, surviving the day, mourning and acknowledging the history post arrival of the First Fleet and Arthur Phillip, and his proclamation that Australia is a British Colony and how it directly contributed to the following:

On a more personal level, 26th January is the beginning of a process of colonisation that would result in the loss of language, loss of identity, forced removals of family members
and the dispossession of their country as a result of the Aboriginals Protection and Restriction of the Sale of Opium Act 1897 (Qld), which both my parents, their siblings and
my grandparents were subjected to.

Moving forward (but not forgetting the legacy of ‘colonisation’ since 26th January), today presents an opportunity to acknowledge that White Australia has a Black History, and to commence reconciliation and healing.

It provides a space where conversations can take place, to provide understanding about
colonialism, colonisation and its effects still lingering today; and that the legacy of racism exists and is deeply embedded in and plays out in all aspects of Australian society.

“As a proud First Nations person, I acknowledge the Traditional Custodians, Elders past and present whose Country we’ve gathered upon today. I also recognise, that the Country and Sovereignty of First Nations Peoples have never been ceded.”

Semper Floreat spoke to Corin James (another of the collective’s officers).

What does invasion day mean for you?

It means so much for so many people and can be different for everyone, for me it’s about raising that awareness and celebration of our culture but also acknowledging the pain we have been through but also our ancestors and by acknowledging that we are respecting our past and not forgetting what had happened and still continues to happen but in different ways that is not seen or people choose to not see.

Are the protest marches effective?

100%, these marches help raise awareness and show we won’t be silenced and there are so many deadly First Nations people out there celebrating culture.

It really warms my heart and made me smile seeing so many people chant and come together as one.

What’s it like being part of the oldest culture in the world?