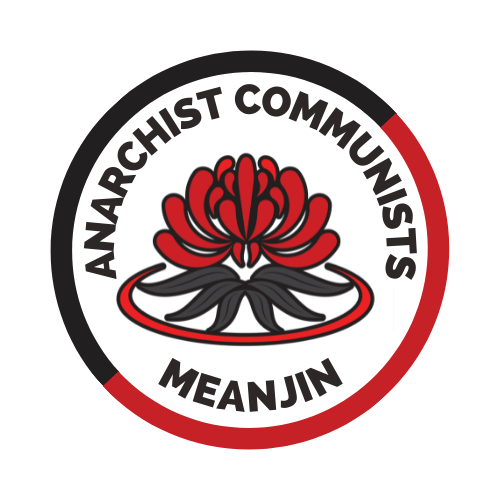 An Anarchist Perspective on the Federal Election

Let me start out by being totally unambiguous on our position: Anarchists are not opposed to voting or democracy. In fact, we freaking love it. We believe that truly democratic control of all aspects of our lives must be essential if humanity is to save itself from certain doom. What we don’t love is what passes for democracy in capitalist society.

In the periods between these elections, we spend most of our time in places where we have basically no say at all – work, school, uni, even at home for those of us who have to rent. All of the decisions regarding these aspects of our lives are handed down to us by the bosses, politicians, marketing execs and landlords, all of them capitalists who, by their own admission, have only one primary concern: the maximisation of profit.

We are trapped in a system where none of us have any real control over any major part of our lives and frankly it’s bullshit. These bourgeois elections, and the spectacle surrounding them are designed to give people the impression that, by voting, we hold the fate of the country in our hands. Let me tell you something, if voting in the election actually had the power to make significant changes, they would never let us do it!

I can anticipate the response from Labor party members that, if elected, the ALP will be able to make things at least marginally better for working people and students. We shouldn’t have to settle for marginally better, particularly not when Labor is so egregiously regressive on issues such as queer rights, refugees, climate action, and the housing crisis.

Luckily, we don’t need Labor or any political party to save us. We have the power to win these battles ourselves. Not through the opaque bourgeois democratic process, but by forming mass organisations to engage in direct action. We have seen this work very recently with fighting social movements, not politicians, securing the release of refugees from onshore detention and squashing the religious discrimination bill.

With regard to climate action, anyone who is paying attention can see that we are all fucking doomed unless we can effect some drastic changes in society, and it is obviously clear that no political party can make those changes – again, we have to save ourselves!

The Greens might appear to be a legitimate third option, and they do have at least passable policy in many areas that concern us, but even if the outcome of the election is the best-case scenario for them, they will be unable to make the one and only change which can save our planet, which is the total destruction of global capitalism. This goal can only be achieved in the same way that every other major, lasting victory for workers has been achieved, which is mass social movements engaging in direct action.

I have already said that I love democracy, so I’m not going to tell anyone to abstain from the only thing we have which even remotely resembles it in this country. However, if you truly want a better world, you are wasting your time if you put your energy into trying to get someone elected.

Sam Adams is a UQ Union Councillor, and a member of the Anarchist Communists Meanjin.