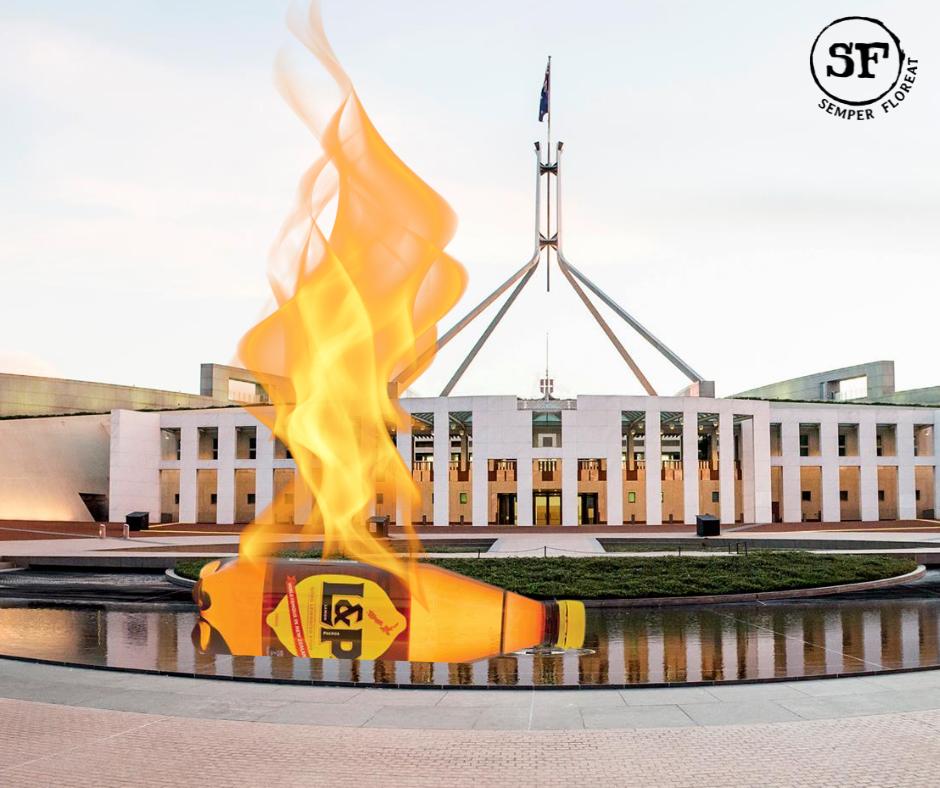 New Zealand soft drink company Lemon and Paeroa have announced today their planned expansion into the Australian hard drink market, and yours truly was invited to their headquarters to sample some of the new drinks soon to be available in their cabinet.

‘L&P’ – the classic drink that has been around for what feels like forever. I wasn’t expecting much – the recipe clearly has only gotten worse over the years – and yet I still found it to be flat and lifeless, with a bad taste left lingering in my mouth. One of the L&P factory workers told me that although many people regret buying it, it is a safe option to keep around and everyone misses it when they don’t have it. I didn’t have the heart to not laugh in his face. There’s an urban myth doing the rounds that over-consumption of L&P can induce Labour – I’ll believe that when I see it! If only it were that simple. 3/10

‘Ugg Boot’ Liqueurs – I am told that L&P will be relying heavily on this range to be their most effective sale; as far as I can tell the L&P marketing team has been successful in ensuring that every business, office and even classroom has a full pantry of these Boot Liqueurs. Personally, I found all the flavours and ideas of the Liqueurs to be too simplistic, lacking in boldness – and totally derivative- but I suppose I would say that, given that I am a pretentious Arts student wanker. 5/10

‘Kooyong Hazy IPA’ – the problem I have with IPA’s is that when I read their descriptions, I can’t help but feel that they are, if I may be blunt, full of shit. Overly verbose and esoteric jargon is fine for beer profiles apparently but made my novel about sexy killer NFT’s ‘unprintable’ and ‘sacrilegious’. Nevertheless, I’m sure the beer elitists and technocrats out there will be able to appreciate and manipulate the subtleties that luddites such as myself will have missed in this beer. At least the name lived up to its billing – the drink was so hazy that it rendered the IPA totally opaque. 8/10

*At this point I questioned an unnamed L&P representative about the noticeable lack of Pinot Noirs and Cabernet Shiraz’s amongst their selection. He could not say for certain, but he speculated that there would be an explosion of Red Wine from the 21st of May onwards that could last for years. I have no idea why. *

‘Biloela Rum’ – very impressive! Lush tropical island flavours that managed to capture an exotic warmth and somehow Christmas at the same time. My mind was brought to asylum by the soft sounds of waves crashing on the shore and harmonicas whistling through corridors. Obviously not suitable for children (but I’m sure a little taste wouldn’t do them any harm). 9.5/10

Victoria Bitter – well, this one just speaks for itself. 55/27