You’ve probably seen the big purple signs all over campus announcing that UQ will be smoke free from July 1st this year. And if you haven’t yet, then you need to attend more classes.

Now, whether or not you’re a smoker yourself, you would expect there to be one or two sensible exemptions to this resolution. Take for instance, the humble Red Room Smoker’s Deck, a place which Semper is certain none of the staff who made this decision have ever experienced. The Smoker’s Deck is just far enough from the loud music to allow conversation, and just close enough to the bar to let you share a jug with the strangers you’ll meet on the deck.

If you’ve ever spent more than five minutes on the deck, you’ve probably been invited to a conversation pretty quickly. That’s because the smokers are the first to start conversations with strangers – usually about a lighter or a durry to start, but quickly developing into interesting questions of politics or ‘would you rathers’.

You might think, dear reader, that such social spaces are perfect for breaking down the social isolation that plagues our population in the year 2018. But instead, UQ’s anti-smoking policy is absolute.

What the Student Politicians Are Saying

In an effort to stop this absolutist policy, prominent campus tobacco enthusiast Kurt Tucker put a motion to UQ Union Council to condemn the ban.

“This measure will affect countless students and staff, without any outreach or compromise with those affected,” Mr Tucker told Semper.

“I agree that non-smoking students shouldn’t have to put up with second hand smoke, but the solution is to create a culture of respect among smokers for the greater community, not to limit the freedom and safety of smokers,” he said.

When asked how a smoking ban would impact students who choose to smoke, Mr Tucker cited security concerns as an overlooked issue.

“Think of the 18 and 19 year old women who will be affected by this when they’re studying late at night,” Mr Tucker said.

“Does UQ really want to send them off campus, far from well-lit areas and security staff in the middle of the night?

“This would seriously undermine UQ’s commitment to reducing the incidence of antisocial behaviour and even sexual misconduct on campus,” he said.

The Council overwhelmingly supported Mr Tucker’s motion, and the meeting was briefly delayed while the raucous cheers dissipated.

Will the raucous applause and overwhelming support save the Smoker’s Deck? Not likely. ‘Fun’ is a word so foreign to the UQ Bureaucracy™ that they would be more likely to ban alcohol from the Red Room for being just a little too risky for their darling students.

But the vote does make it an official policy position of our student representatives to oppose the smoking ban, and some are happy about that.

“As a frequent patron of the deck, I’m glad that the Union’s standing up for the most egalitarian social hub on campus,” Caleb Theunissen, a UQ smoker, told Semper.

Others, like Semper editor Alex Asher said his asthma gave him reason to pause.

“I really fucking hate cigarettes. As someone with asthma, I don’t appreciate having fumes blown in my face,” the ironically-named Mr Asher said.

“That said, I understand for many people, this is is an addiction, and as an alcoholic and a caffeine addict myself, I can’t support the University cracking down on people’s personal vices,” he said.

But, even if this vote fails to achieve anything, dear reader, we can all sleep soundly knowing that at least vaping is banned too. 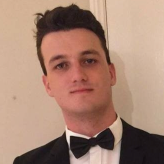