Pleasure seekers and trophy hunters, roll right up, because we have the scoop for you! We present to you all the mythical beasts that are rumoured to haunt this campus, and exactly where you can locate your very own.

For those beasts yet to be captured on film, we have enlisted the help of Semper illustrator Ruby Green to speculate on their appearance. 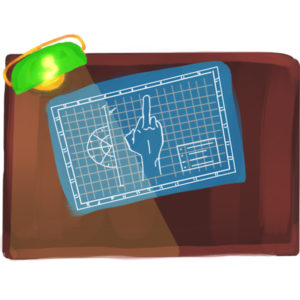 Visitors hoping to catch a glimpse of this mysterious creature will be happy to learn that engineering students are visible in the Law Library at any hour of the day, between 9 and 5.

If you’re going to the Law Library to catch an engineering student of your own, we recommend dropping a Free Darwin’s Coffee voucher as bait. Don’t worry about mistakenly catching a Law student in the process — only Merlo Coffee gives off a sufficiently wanky vibe to attract a law student. 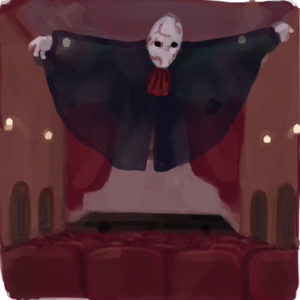 The Theatre Ghost has haunted the Schonell Theatre for decades. He’s seen the highs and lows of this campus. Once, he was treated to the operas of years gone by, but now he only catches the odd lecture or two during the day.

Trophy hunters have been on the lookout for this beast since the release of 80s hit Ghostbusters. We recommend imagining your spookiest lecturer to lure him out, but above all, don’t cross the streams!

3. The Small Green Goblin Who Pays The Red Room Bouncers Between Shifts 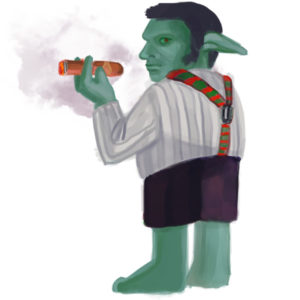 Extremely rare. Appearing from the shadows of the UQU only as bouncers take their evening breaks. He pays in cash.

Those looking to catch a goblin of their own should beware! This guy has a lot of friends. The kind that bust kneecaps. They don’t call him Teflon Tony for nothing. Several people have gone missing on Tony’s watch, but none of the accusations ever stick. Rumour has it that the UQ Lakes were installed on this campus so he could come through on his promises to make you sleep with the fishes. 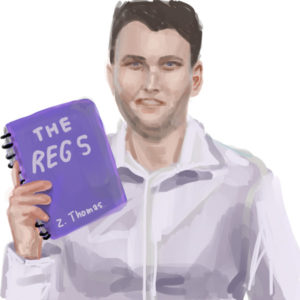 Best spotted at 10am when he rolls into the UQU Lolly shop to buy a four-pack of Red Bull for the day.

To catch your very own Zachary Thomas, we recommend printing out a copy of the UQ Union Regulations, and carefully laying them out page by page in a trail to your waiting trap.

Violence is not necessary.

Secluded behind a glass window in Hartley Teakle level 5 unisex bathroom, this happy couple managed to find the only acceptable activity to perform in the building: sleep.

Do not attempt to catch them.