As part of their commitment to Creating Change™, the University administration announced in 2016 that the UQ Union Complex was due for a complete demolition and reconstruction in 2017.

You probably know the UQ Union Complex as ‘the place where Guzman y Gomez lives’. But the Complex is also a monument to the age-old institutions of student journalism (Semper), and student alcoholism (the Red Room).

Despite the Complex’s amiable charm, and some fifty years of heritage, the University has deemed that any building not made of sandstone has an expiry date. For the Union Complex, that date was supposed to be April 2017.

If you failed to notice the UQ Union Complex being completely demolished in April last year, well, so did we. Plans to begin work on the most comprehensive project of the UQ Master Plan have been delayed indefinitely. Stakeholders raised concerns about funding, key interest groups objected, and, in all likelihood, some builders probably turned up a few weeks late.

But the indefinite delay is not a cancellation. At some point, probably in the uni life of this year’s freshers, students will have to go without their regular source of good food and good grog.

While the University is sure to get a pretty building at the end of all this, some student societies are facing serious problems. UQ Union is host to a variety of theatre clubs, which rely on the spaces offered by the Complex. The Union Complex is home to the Schonell Theatre, which offers space for film screenings and theatre productions. Underground Productions, a student theatre company, relies on the Schonell Theatre for its shows. That relationship might be coming to an end.

“We’ve been trying to get information out of [the University] for the past two years, but they seemed to be reluctant to give it without a firm plan” a former president of Underground told Semper.

“It’s been good to have some certainty though, even if we disagree with parts of it,” she said.

She’s referring to the omission of a theatre from the latest draft plans, one of a string of such cuts made to drastically reduce the projected cost of the new facility.

What The Student Politicians Are Saying

Semper asked UQ Union President Jeremy Lwin about the estimates for the project.

“The Student Union understands that the price of the proposed complex has grown to be infeasible for the Administration at this point,” President Lwin told Semper.

“So a simplified plan has been proposed. The new plan has removed floors, as well as a significant amount of what would otherwise be space reserved for use by students, their Union, and its outlets,” he said.

That compromise may be necessary for UQ’s budgeting, but students have good reason to remain ambivalent.

“Our concern at this point is that creative clubs and other major productions, like Law Revue, may have to perform at Griffith for as long as we don’t have a theatre,” President Lwin said.

“The project might be completed in five years, but students and faculty will be stuck with the result for 50. It’s worth doing right the first time,” he said.

But if the University completes the Master Plan, our student productions may not be left without a theatre. The Master Plan calls for a Riverstage (bigger and more powerful than QUT’s) and a new ‘arts and cultural facility’ (spoiler alert: it’s replacing a car park), but there’s no knowing how long our creative societies will have to wait around. 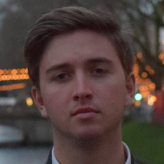